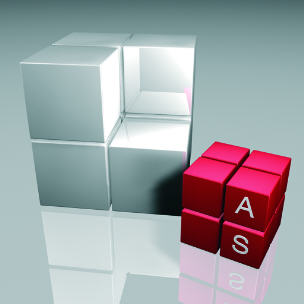 In the beginning there were problem solutions with sensors.

In 1967 Lothar Schlüter, father of the current managing director Jens Schlüter, and still active in the company, founded an industrial agency in Lehrte near Hanover, the then Lothar Schlüter KG, which was already selling optical and inductive sensors back then. Even then, the focus was on solving customer problems.

As early as 1977, Lothar Schlüter and his colleagues at the time developed the first photo sensor in the M30 housing. Shortly afterwards, the first fiber optics were installed on the devices.

This resulted in the Photo Sensor Universal System, or U-System for short, in 1981, which made the use of fiber optics and photo sensors even easier and more flexible. The idea was to combine a few basic devices with a large number of fiber optics. These fiber optics enable the use of high-performance photo sensors as reflex scanners or one-way light barriers even in hard-to-reach places or under difficult environmental conditions such as heat, pressure, dust, fog, dirt, moisture, etc. Thanks to its high performance and flexible application options, the U-System quickly established itself on the market by.

In 1983 the Schlüter company and with it the Schlüter family moved to the Black Forest, where they are based to this day.

In the course of time, the production and delivery program was expediently expanded and supplemented with many components from the field of sensor technology. This is how Schlüter produces and supplies many innovative products that are unique on the market. For example inductive sensors that work up to + 250 ° C, special light barriers for industrial ovens or capacitive special sensors for a wide variety of applications. Many products have been and are specially developed for customer-specific requirements and applications.

The U system has also been expanded over the years. There is a large number of suitable fiber optics for the basic devices available. Special versions, such as versions with a stainless steel collar for the food industry, are also possible!

Schlüter has been selling the high-quality and innovative linear axis systems from the Japanese market leader IAI since 1996. Due to the technical superiority of these products with increasing success.

As early as 1997, the company relied on the Internet as an information platform and can now be reached at numerous Internet addresses.

In 2009 we moved from Schönau to our new building in Todtnau in the Black Forest.

In addition to decades of experience in the field of sensor technology and automation, Schlüter offers its customers many tried and tested and innovative products and technologies. And thus solutions for a wide variety of tasks!

Our loyal customers include thousands of small and medium-sized companies and numerous large corporations. And that worldwide!

Schlueter -
Your problem solver in sensor technology for more than 50 years.